Mayhem is Christopher Bollas’s third novella, following the highly acclaimed Dark at the End of the Tunnel and I Have Heard the Mermaids Singing. Readers return to the urban village where the psychoanalyst and a diverse mix of other characters encounter life. Mrs. Stottlemeyer hates psychoanalysis, yet pays a surprise visit to the analyst’s office, demanding that he resolve a dilemma posed by her long deceased husband. The psychoanalyst finds himself in an excruciatingly embarrassing sexual encounter with a young woman. The country is riveted by an exhibition called A Life, in which an eminent curator has assembled a showcase of her son’s life. Art critics feel gagged and agree not to discuss the show until it closes, forcing people into confusion about the son’s life and the meaning of the exhibit. The psychoanalyst is incensed by the rise of a new therapy, ‘funeralism’, which specializes in deciding when relationships are dead and arranges ‘funerals’ to formally end such relations. An offshoot-‘clone-analysis’-claims to have discovered a psychic DNA. Clone-analysts market what they call ‘necromantic empathy’, enabling their practitioners to discover the secrets of the dead. As in the author’s previous novellas, crowds function like Greek choruses, condensing, into brief moments, intense emotions and powerful ideas. From the material of human unease, Mayhem weaves a design of the modern-absurd. Addressing how and why we deceive ourselves, the novella is a tragicomic vision, both deeply thought-provoking and hilarious at the same moment. Although readers may experience Mayhem’s anarchic movement and surprise ending as disturbing, they will also find a dissident voice that is liberating and curiously consoling. 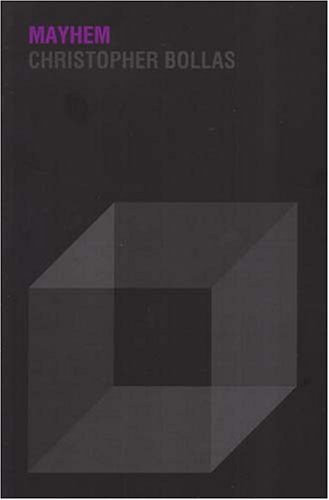