Hysteria has disappeared from contemporary culture only insofar as it has been subjected to a repression through the popular diagnosis of ‘borderline personality disorder’.

In Hysteria the distinguished psychoanalyst Christopher Bollas offers an original and illuminating theory of hysteria that weaves its well-known features – repressed sexual ideas; indifference to conversion; over-identification with the other – into the hysteric form.

Through a rereading of Freud, Bollas argues that sexuality in itself is traumatic to all children, as it ‘destroys’ the relation to the mother, transfiguring her from ‘mamma’, the infant’s caregiver, to ‘mother’, the child’s and father’s sex object. For the hysteric this recognition is endlessly traumatic and the hysterical personality forms itself into an organised opposition to this knowledge.

True to his earlier writings, Bollas’ vision is thought provoking and mind expanding. Hysteria brings new perspectives to long-standing ideas, making enlightening reading for students and professionals involved in psychoanalysis and psychotherapy alike, as well as the lay reader who takes an interest in the formation of personality in western culture. 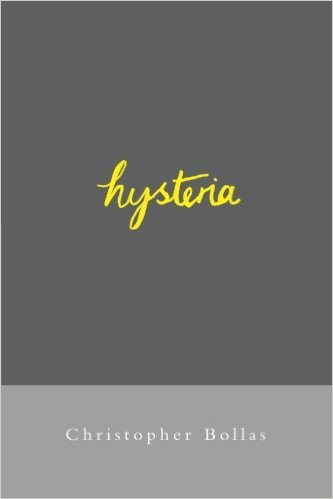