Dark at the End of the Tunnel

This cross-genre novella introduces a comic hero – the psychoanalyst – who muses on ordinary yet essential psychological, philosophical and theological questions following The Catastrophe. Everyday scenes and characters form a background as he considers various issues, most centrally a feeling that good and evil have become inverted and that the western world has lost its meaning. In the first chapter the analyst’s efforts to comprehend a patient’s chaotic existence leads him to wonder how we think about “life”. Through a series of conversations with a comedian friend, he argues that we have a psychic obligation to consider life as an object in itself, rather than merely to assume it exists and to go our own way. The three remaining chapters address other questions – one’s self as the other’s object versus one’s self as the other’s other; the ironic function of descending towards transcendence; and the moribund nature of soul without spirit. His investigations are set against a post 9/11 world. Although The Catastrophe is never defined, it infuses his thinking and yet is displaced by the power of ordinary disturbances in human life: a friend’s premature death, the paradox of being a professional, and the failure of ordinary thought to grasp the rapid pace of life’s events. Bollas suggests that comic fictional writing may approximate psychoanalytical experience more accurately than the more traditional essay form, precisely because the psychoanalyst is only ever partially conscious of the thick movement of life’s meanings as they affect the self from day to day. He conjures a world that reflects the movement of inner thought, individual character and chance encounters in the real – the coordinates of ordinary lived experience. At times the writing is highly amusing; other aspects – a dream about a dead friend or a conversation with a dying patient – are profoundly moving. Troubling moments are quickly dispelled by the light-hearted details of life but, as the title indicates, this is a work of black humor and references to The Catastrophe beat like a drum throughout. 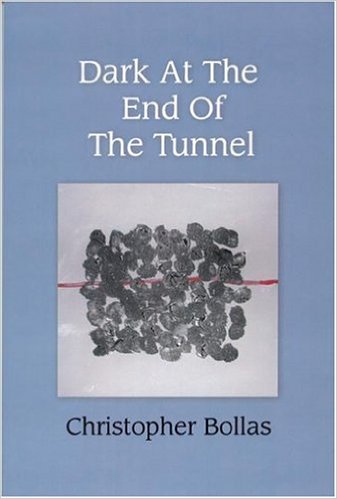